Regardless of whether or not you’re paying close attention, the top cocktails of movies and television have likely influenced your preferences.  Everything from cartoons to Hollywood blockbusters seem to showcase mixed drinks.  The home viewer is often enticed whether they’re popular mixed drinks or custom cocktails from faraway lands.  We analyze some of the most influential cocktails from cinematic history, and what you need to make them at home.

Top Cocktails from the Movies 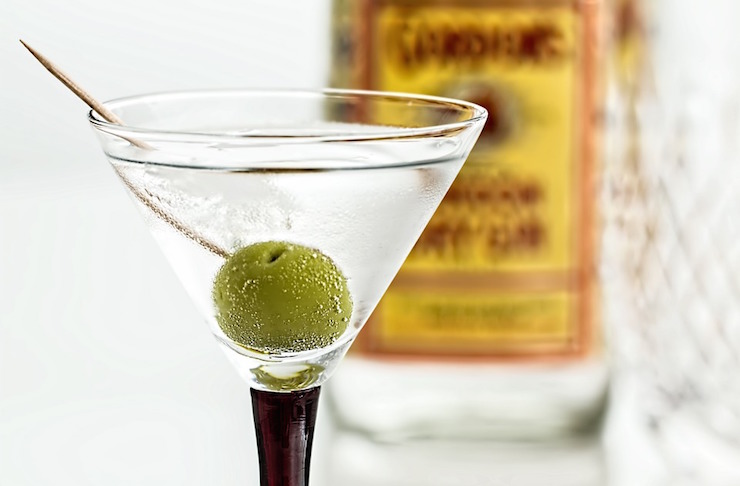 Vodka Martini, Dr. No – “Bond, James Bond” and “Shaken, not stirred”.  These are perhaps the two most iconic quotes from the James Bond movie franchise, based on the novels and short stories of Ian Fleming.  Although the secret agent cars and gadgets may be out of reach to most of us, the signature drink is not.  Vodka, dry vermouth, and olives (or lemon twist) are all you’ll need.  A whole heap of swagger goes well with the drink too.

White Russian, The Big Lebowski – There are many diehard Big Lebowski fans that would argue that this drink is the most iconic movie cocktail in history.  In our book it’s okay to be passionate about both the movie and the cocktail.  The Dude is a cult classic, and so is the drink.  It’s somehow a great way to both cool down in the summer, and warm up in the winter.  And only needing vodka, coffee liqueur, and milk, it’s very simply formula to follow.

Gin Rickey, The Great Gatsby – Just like the book, the Gin Rickey is an absolute classic.  Appearing in both the book and film, Jay Gatsby’s classy drink of choice is a must-know for any gin fan.  We list it among the best mixed drinks and support it for it’s simple formula yet well rounded attributes.  Gin, club soda, and lime juice are all you need to feel like you’re back in the 1950s.

Butterbeer, Harry Potter series – The first fictional drink on this list certainly doesn’t lack in popularity.  The Harry Potter series appeals to audiences young and old, and many took note of the whimsical drink Butterbeer.  While the underage crowd should stick to virgin varieties with soda only, the adults among us can treat themselves to a little something extra.  There are numerous fan-made cocktails going by the name.  However, one of the most well rated calls for Butterscotch schnapps, cream soda, and whipped cream. 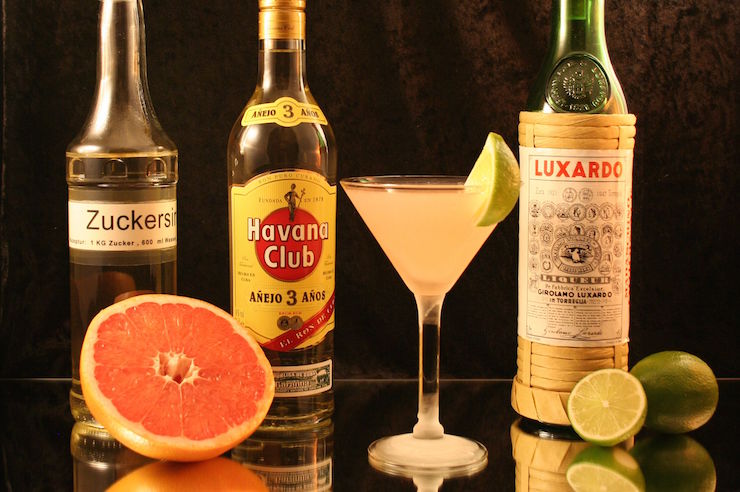 The Cosmopolitan, Sex and the City – Oh what wonders Sex and the City did for the Cosmo.  A good cocktail in its own right, the cocktail received a huge popularity boost thanks to HBO’s hit show.  With a ton of tasty variations to choose from, the Cosmopolitan is a great mixed drinks for girls who want to want to step into the shoes (or glass) of one of their favorite characters.  There are even tours in New York City that bring you to bars to try different Cosmos, and see the sights from the show.

The Old Fashioned, Mad Men – Another classic cocktail making waves thanks to a TV show is the Old Fashioned.  If the previous entry was popularized for the ladies, this is definitely a manly mixed drink.  Don Draper rarely went anywhere without an Old Fashioned by his side.  True bourbon and rye enthusiasts have always appreciated the purity of the cocktail.  Thanks to the TV show others have now learned the rule: don’t mess with good whiskey.

The Heisenberg, Breaking Bad – This fictional libation has transformed over time as curiously as Walter White did.  Fan-made Heisenberg cocktails contain liquors from whiskey to tequila, and are served in everything from crystal chalices to graduated cylinders.  One thing they all have in common is the blue coloring.  It shouldn’t bite as hard as the crystal meth it was inspired from, but this drink still packs a punch.  For added aesthetic appeal you can crush blue rock candy to line the rim of your glass.

One of Everything, The Office – Sometimes holiday office parties can be a big headache.  Fortunately, Michael and Meredith from The Office created a holiday cocktail that will not only take the edge off, but throw it out the window too.  The One of Everything will  differ on a case-by-case basis, as it literally calls for a little of everything you have.  It’s probably not a great first drink for the night, but it’s usually a good place to end.

Whatever your cocktail craving may be SirMixABot has a recipe waiting to match your mood and resources.  Well versed in both the classics and current popular drinks, the sky is the limit.  Plus, with the ability to suggest and add new creations as you go, the drink library can become limitless.  Embrace your creative side, and soon you’ll be feeling just like your favorite stars from the silver screen.