If you’re looking to make a DIY Liquor dispenser the Sir Mix a Bot Kit might be a great option for you. Included in the kit is a host of parts and a complete instruction set for everything you’ll need to make a completely automated robot bartender. 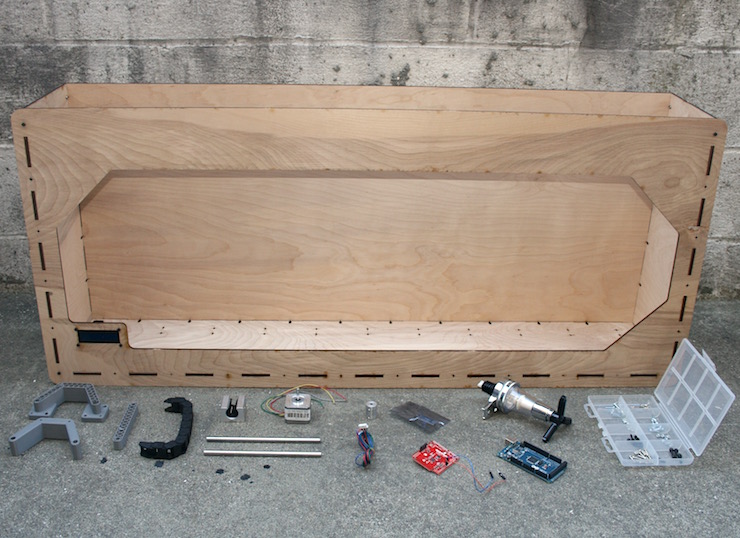 Of course, we understand if you’re looking for alternate DIY projects, or simply want something a bit more challenging there are a host of alternatives out there. We’ll examine a few different general options and then comment on how we’d rate the cost, level of effort, difficulty to complete, aesthetic finish, and finally the core functionality. Rather than focus on specific machines, we focused on these more generalized categorizations.

The Pinterest Style Liquor Dispenser Made from Faucet Parts.

Photographed below, this single drink dispenser can be found all over Pinterest and Etsy.  These DIY liquor dispensers all share a few things in common: A wooden base, plumbing parts, and a hand turned spount or spigot.

There’s a host of other robotic bartender projects that have come beforehand. A quick internet search for “DIY Robotic Bartender” will yield all sorts of half-baked or experimental projects.

Once you’re done with the Hardware be prepared to contend with the software. While the parts worked fine in the YouTube video, Arduino’s and other microcontrollers tend to be very voltage and load sensitive. Without rigorous testing its unlikely that reassembling similar components will end up with plug-n-play results.